Some possible US vehicle choices

Prewar US vehicles in 15mm? They are very scarce to say the least! In fact, for years if it wasn't something that saw use during WWII or WWI then it really didn't exist in the scale, or it was a short run made by some obscure model maker.

Shapeways has sort of changed that. Here's a brief run down on some of the toys Shapeways has for a War Plan Red US player. 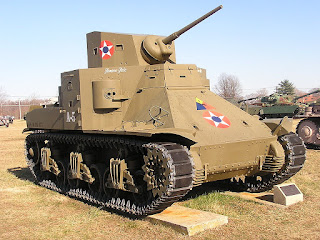 Here's what Wikipedia says about this machine.

Only 112 were ever made and none of them saw action during WWII. However they would have made up at least a battalion or two of any US invasion force that would have seen action in Canada in 1940.  The medium was armed with a 37mm main gun, a battery of 7 .30 M1919 MGs, and was protected by about 32mm of frontal armor. It's top speed was about 26mph with a range of 130 miles. It weighed in at about 19 tons and required a crew of 6, two of whom were gunners!

A rather ungainly beast. Sort of like a M3 Light on steroids! These tanks never saw action in WWII because they were overtook by better designs. However the basic design would be reworked into the M3 Medium (Grant/Lee).

On paper it would compare rather well to the early cruisers the British fielded in 1940 which had similar weapons and slightly less armor and speed, although the A13 was a bit faster. The M2 Medium would have been seriously outclassed by the Matilda II though.

The model on Shapeways looks good and it has the battery of MGs. However it costs a small fortune for a 15mm tank: $23.50 a vehicle. That's as much as two WWII 15mm vehicles. Ouch.

You can find it here. 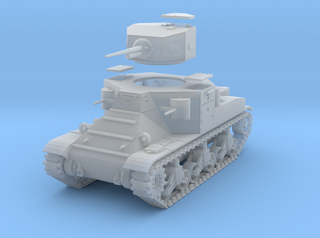 Now here's a pre-war design that actually saw some action. The M2 would actually see combat with the USMC during the Guadalcanal Campaign where it helped the gyrenes mop-up the Ichiki Detachment during the Battle of the Tenaru. The vehicle was designed during the mid-30's with the M2A2 and M2A4 being the most common. The M2A4 was an up-armored and up-gunned version that had about 25mm of armor and a 37mm gun. The M2 Light was a pretty fast tank for the time with a top speed of 36mph and a 200 mile range. The light would be quickly be superseded by the M3 and M5 Lights. The Wikipedia article can give you the rest of the details. 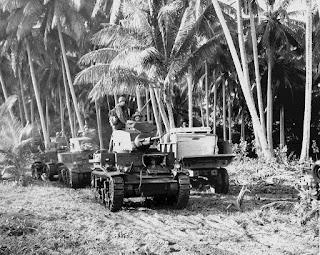 The M1 has an interesting history. During the 1920's the powers that be decided that only the infantry branch could design and field tanks, thus leaving the cavalry branch out in the cold. The cavalry could see the writing on the wall and knew that mechanization was the furture so they designed a light tank of them own but gave it a fancy name to prove that it wasn't really a tank: Combat Car!

The M1 Combat Car was a fully tracked light tank that was in many ways similar to the British light tanks of the time. It carried 16mm of armor and was armed with .50 and .30 machineguns mounted in a single turret. 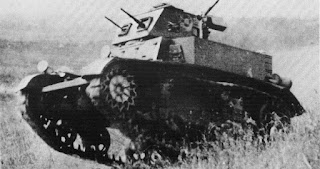 Over 100 were built and were assigned to the cavalry regiments of the time. By 1940 the US Armored Force was established so the Combat Car designation was eliminated and the vehicle was simply called the M1A1 Light Tank. It's slightly improved sister, the M2 Combat Car became the M1A2 Light Tank.

The Shapeway's model is simply called the M1 Combat Car. It probably can do double duty as the M2. 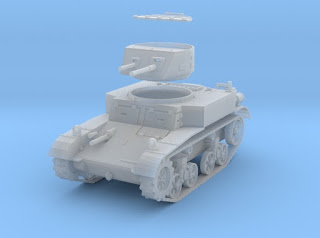 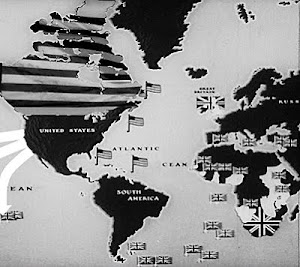